DUBLIN, Ohio, Nov. 6, 2017 /PRNewswire/ -- Cardinal Health (NYSE: CAH) announced today that it has named Mike Kaufmann, 54, its current chief financial officer, to serve as the company's next chief executive officer and join the board of directors, effective Jan. 1, 2018. Kaufmann will succeed George Barrett, 62, Cardinal Health's chairman and chief executive officer since 2009, who will continue to serve as executive chairman of the board of directors through the annual meeting of shareholders in November 2018. At that time, Gregory Kenny, Cardinal Health's lead independent director, will assume the role of non-executive chairman.

Kaufmann is a 27-year veteran of Cardinal Health with responsibility for all of the company's financial activities in addition to overseeing Global Sourcing for both the Pharmaceutical and Medical segments. As a member of Cardinal Health's senior executive team, Kaufmann has played an important role in developing and executing the company's strategy. He has also been instrumental in key strategic initiatives, including the company's joint venture with CVS Health, Red Oak Sourcing, where he serves on the board of directors, and the creation of Fuse, Cardinal Health's technology innovation center. He previously held senior commercial and operational leadership positions across the Pharmaceutical and Medical businesses.

Lead Director Kenny said, "A critical responsibility of our board of directors is thoughtful succession planning. We have worked closely with George throughout his tenure on this important process and, under his stewardship, Cardinal Health has developed a strong leadership bench. In appointing Mike as our next CEO, the board has chosen a proven executive with demonstrated leadership skills and deep operational experience. Mike has broad knowledge across key areas of Cardinal Health's operations and excellent relationships with our customers, our business partners, and the financial community. We are confident that he has the talents and abilities to lead Cardinal Health through our next stage of growth, and we expect a very smooth transition of leadership."

Kenny continued, "In determining the board's governance structure announced today, we have taken into account a wide range of factors, including the current practices of other organizations, as well as the views of our shareholders. The board will continue to evaluate this structure on a regular basis in service to its shareholders and other key stakeholders."

Barrett commented, "As I approach a decade with Cardinal Health, it feels very natural to hand the baton to Mike, who has been a close and trusted partner to me and an integral part of driving our strategy. Mike brings tremendous knowledge of our business, a passion for excellence, and a commitment to the values and mission of our organization, and he has the respect of our entire organization. The steps we've taken to expand our reach and enhance our critical role within the healthcare industry, including our recent acquisition of Medtronic's Patient Recovery business, position Cardinal Health well for the future. Mike is a superb leader and operator, well-prepared to take the reins and guide us forward to leverage the full potential of Cardinal Health."

Kaufmann said, "I am honored to be selected as Cardinal Health's next chief executive. George and I have worked side by side for years, and I look forward to continuing our partnership over the next year in ensuring a successful transition. George has built a powerful legacy and strategy that I am proud to have helped craft. I look forward to working with him and our incredibly talented and dedicated team to build on the strong foundation we have in place and further enhance the value we provide to all of our stakeholders, while never losing sight of our ultimate goal of supporting our partners in the critical work they do serving patients and their families."

Kenny continued, "We want to express our great appreciation for George's leadership and are pleased that we will continue to benefit from his contributions as Chairman. Through his vision and many achievements, George has led the transformation of Cardinal Health into the leader it is today. Cardinal Health has built an outstanding portfolio of market-leading businesses across the healthcare continuum, positioning the company for continued growth, while establishing a culture committed to patient welfare and the highest ethical standards."

Barrett added, "It has been a great privilege to lead this exceptional organization. I look forward to working with Mike and helping in any way which furthers Cardinal Health's success, as well as having the opportunity to devote more of my time to addressing critical issues for our company, our industry, and our communities. I have been fortunate to work with a talented and experienced board, a world-class leadership team, and our 50,000 colleagues around the world whose unwavering dedication inspires me and truly sets Cardinal Health apart in our industry. As a company, we look forward to continuing to have a strong and active voice during this extraordinary time in healthcare."

Kaufmann commented, "I have worked with Jorge closely for many years and trust and respect him deeply. I'm thrilled that the board has endorsed this important promotion, and I look forward to continuing to work with him to achieve Cardinal Health's strategic and business objectives in the years ahead. He has proven himself in the most senior finance roles in our two core businesses, and his extensive financial experience and familiarity with our business will make him an invaluable partner for me as Cardinal Health's next CFO."

About Mike Kaufmann
Mike Kaufmann joined Cardinal Health in 1990 and has served as chief financial officer of the company since 2014. During that time, he has overseen all of the financial activities for the company including external reporting, investor relations, tax strategy/planning, and capital deployment as well as Global Sourcing for both the Pharmaceutical and Medical segments.

During his 27 years at Cardinal Health, Kaufmann has served in a wide range of leadership positions across operations, sales and finance roles touching all areas of Cardinal Health. Kaufmann was instrumental in orchestrating key activities such as the joint venture with CVS Health that formed Red Oak Sourcing and the creation of Fuse, the Cardinal Health technology innovation center.

Kaufmann serves as executive sponsor of the Cardinal Health Women's Initiative Network, an employee resource group with the goal to foster a culture of partnerships that makes Cardinal Health a suitable place for women to work and grow their careers. His support of women leaders in healthcare led to the Healthcare Businesswomen's Association naming Kaufmann as its 2012 "Honorable Mentor" and the Institute for Women's Leadership awarding him the 2014 "Guys Who Get it Award."

Prior to Cardinal Health, Kaufmann had a successful career in audit and consulting with Arthur Andersen, one of the nation's largest public accounting firms. He earned a bachelor's degree in business administration from Ohio Northern University in Ada, Ohio.

About George Barrett
George S. Barrett has been chairman and CEO of Cardinal Health since 2009. He joined the company in 2008 as vice chairman.

Barrett earned his bachelor's degree from Brown University and a Master of Business Administration from New York University. He also holds an Honorary Doctor of Humane Letters degree from Long Island University's Arnold & Marie Schwartz College of Pharmacy and Health Sciences, and an Honorary Degree of Fine Arts from the Columbus College of Art and Design.

Under George's leadership, Cardinal Health was recognized by Institutional Investor for its work on behalf of shareholders; as one of Fortune's Most Admired Companies; as one of the 150 Great Places to Work in Healthcare by Becker's Hospital Review; as one of the Best Companies for Leaders by Chief Executive magazine; by the Human Rights Campaign as one of the Best Places to Work for LGBT Equality; as one of Working Mother's Best Places to Work; and as a National Association for Female Executives' Top 60 Company for Executive Women. In 2017, George Barrett accepted the award on behalf of Cardinal Health as one of 10 national companies cited by Business Communities for the Arts for the company's exceptional commitment to the arts.

About Gregory Kenny
Gregory B. Kenny has served on the board of directors of Cardinal Health since 2007 and was named lead director in November 2014. He has almost 50 years of public company board experience.

From 2001 to 2015, Kenny served as president and chief executive officer of General Cable Corp., a global leader in the development, design, manufacture, and distribution of aluminum, copper, and fiber-optic electrical and communications wire and cable products and systems, with 38 manufacturing facilities and more than 13,000 associates.

In addition to serving on the Cardinal Health board, Kenny also serves as lead independent director of the board of directors of Ingredion Inc. (formerly Corn Products International, Inc.), an agricultural refining and ingredient company, and as a director of AK Steel Holding Corporation, an integrated steel producer.

Prior to joining General Cable, Kenny had a diverse career in government and industry. In 1975, Kenny entered the U.S. Department of State as a Foreign Service Officer. His diplomatic career focused on international economics and trade and included tours in Washington, D.C. and South America. In 1982, he entered the private sector, joining the Penn Central Corp., where he held a number of operating and business development roles.

Public service activities have included serving on the executive committee of the board of directors of United Way of Cincinnati, Cincinnati Museum Center, Big Brothers Big Sisters, and the Federal Reserve Bank of Cleveland, Cincinnati Branch.

About Jorge Gomez
Jorge Gomez joined Cardinal Health in 2006 and currently serves as chief financial officer and senior vice president of the Medical segment of the company, a position he has held for two and a half years.

Prior to that role, Gomez served as chief financial officer and senior vice president for the Pharmaceutical segment of the company for three years, during which time he oversaw all financial operations for the Pharmaceutical Distribution, Nuclear and Specialty Solutions businesses. Gomez began his career at Cardinal Health as assistant treasurer and has held subsequent roles as corporate treasurer, corporate controller and has led Corporate Development for the company.

A truly global executive, Gomez spent seven years working for General Motors in managerial and executive positions including as treasurer for GM Brazil; director of GM's European Regional Treasury Center in Brussels, Belgium; Manager of Business Development in Singapore for GM Asia Pacific; and in Business Development and Treasury in New York City.

Gomez holds a bachelor's degree in engineering from the National University of Colombia and an MBA from the University of Hartford in Connecticut.  Gomez has served on the Boards of the Cardinal Health Foundation, Mount Carmel Health System and the Dublin Food Pantry. 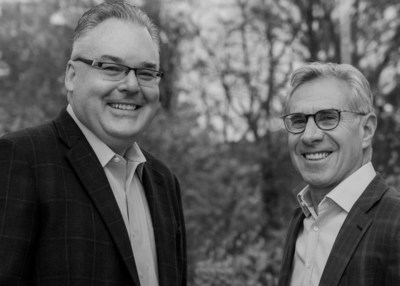 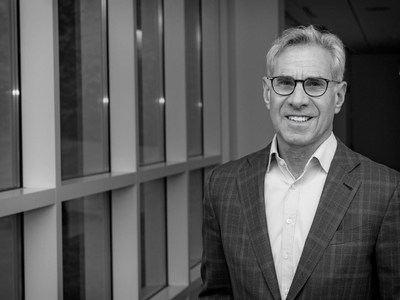 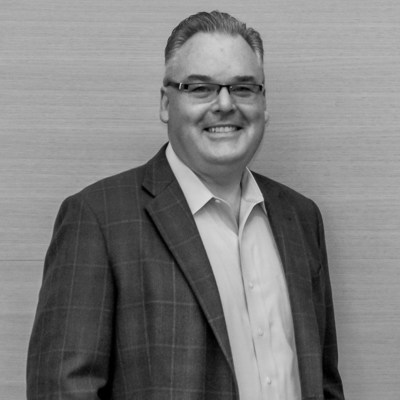 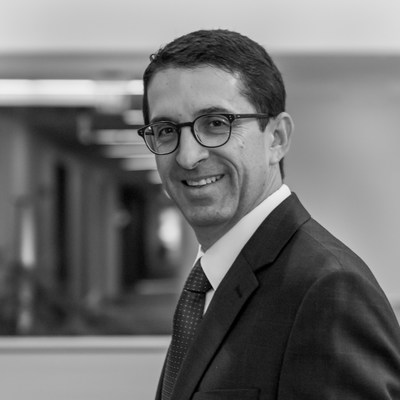 Cardinal Health (NYSE: CAH) announced today that its Board of Directors approved a quarterly dividend of $0.4957 per share out of the Company's capital surplus. The dividend will be payable on...

Revenue increased 14% to $44.8 billion GAAP1 operating loss was $97 million due to a non-cash, pre-tax goodwill impairment of $474 million in the Medical segment; GAAP diluted loss per share was $5.05